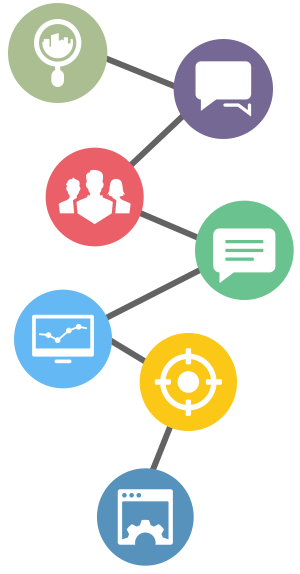 MasterMind Digital Branding Solutions has been working with high level corporate clients for brand management for sometime now and has recently opened its doors up to service those in the professional sports arena. Whether you need a nasty article about you moved off the front page, or there is a pesky photo of you lingering around the internet from your college days, we know that your image effects everything from your endorsement offers to your next contract and the dollar values of those deals. Work with the professionals at MasterMind for Reputation Management.

Why Reputation Management For Professional Athletes Is Important

Reputation management is the practice of attempting to shape public perception on a particular brand, person, or organization. It is more important than people think. And athletes, in particular, need to consider brand reputation management, especially when they are going pro or trying to maintain a positive image.

Reputation is sometimes an unpredictable thing. One wrong interaction with a fan and it can all come crumbling down. When the public’s perception is already set on one thing, it can be hard to steer them towards a different direction.

On this article, the importance of brand reputation management for professional athletes will be discussed. When businesses do it, it’s because customers want to feel as though they are purchasing products and services from a trustworthy source. But for athletes, it means an entirely different thing.

Creating a strong brand means that the athlete must have a good reputation, avoiding controversy and preventing negative publicity before it ever develops.

The athlete’s brand affects their position in the market that they are participating within. Over time reputation grows, and PR experts can make sure it heads in the right direction. With a good reputation, a professional athlete can get more opportunities, more support from fans, and more sponsors.

Sponsorship is often the primary motivation for athletes to pursue a good reputation online.

A reputation manager will often help the athlete manage all their social media accounts: Twitter, Facebook, Instagram, and other outlets where their fans go. They will help create posts and produce positive engagements. If the athlete’s schedule does not allow for a continuous stream of updates, they need to consider hiring a firm to help with social media reputation management.

The goal is simply to create a social media presence that is active and casts the athlete in a positive light.

This establishes a narrative and helps develop loyal fans. It ensures that these pages are the first ones that show up in search engines when people look up the athlete. A lot of people don’t go past page one of Google results. And so showing up on top results means there is much more control over the athlete’s narrative.

Reputation management also involves dealing with negative press. When it occurs, it needs to be managed quickly and efficiently. Stories spread very quickly online. If the athlete does not stay on top of these issues, their reputation can end up being damaged. A bad reputation leads to less sponsorships, less support from fans, and less opportunities for the athlete.

There are right and wrong ways to handle negativity on the Internet. Experts know how to deal with them properly. But it is generally a good idea to avoid responding directly to negative posts on Twitter or Facebook, as it will only make matters worse. The reputation management firm can create press releases, or social media posts frequently to make sure the athlete gets a positive presence online. With the help of experienced professionals, even a damaged reputation can be shaped into a redemptive narrative and turn things around.

Sponsorship and Reputation Management for Athletes

Sports sponsorship and reputation management go hand in hand. The whole reason sponsors choose athletes is because they inspire people, and fans idolize them. By association, the brand benefits from the athlete’s positive image.

Sponsors attach themselves to successful athletes and market them as admirable, inspiring, and relatable. They then give the athlete a cut. Everyone wins.

But even a partnership that takes years to build can crumble in seconds because of bad behavior. In 2012, Lance Armstrong’s doping scandal cost him about a dozen sponsors, including Nike and Budweiser. According to experts, the revelations about Armstrong were especially lethal to the deals because they are directly related to his athleticism and performance. A negative association might be formed if the sponsors don’t cut ties with the athlete. For this reason, brands don’t want to be associated with athletes with a bad image.

Ryan Lochte lost his four major sponsors, including Ralph Lauren and Japanese mattress maker Airweave, days after admitting that he exaggerated his story about being robbed at gunpoint in Rio during the Olympic Games. The swimmer’s story cost him his reputation.

Oscar Pistorius also lost the sponsors that made him the highest-paid Paralympic athlete after he was charged with murder and later found guilty of culpable homicide. His sponsorships were reportedly worth $4 million in 2013.

Another high profile example is Tiger Woods, whose multiple infidelities cost his many sponsors to scatter. Gatorade was the first to drop the golfer, followed by AT&T and Accenture, and then Gillette. EA Sports also discontinued its Tiger Woods PGA Tour game franchise. This is perhaps the most prominently known example of a famous professional athlete losing sponsors over their bad reputation.

How To Bury Negative Articles On Google For Athletes.

Sports sponsorship is big business. Brand owners use these sponsorship deals to connect with their target market. Sports organizations and teams use the money to focus on the development and promotion of their sport or team. This is a mutually beneficial arrangement that has created a booming industry.

However, this strong relationship also heavily banks on one person’s image. This is because its core principle is to benefit from a positive brand association. Sponsors these days rarely just apply their logo on something and call it a day. Instead, they try to align themselves closely with the team or athlete that they are sponsoring.

If a sponsorship goes smoothly, the rewards for both sides can be considerable. But because it relies on one person or team’s reputation, adverse publicity can strain the relationship very easily. The sponsors bank on the endorser’s image. Negative publicity can severely impact their return on investment. This is why companies are so quick to cut ties with controversial figures.

More recently, Nike suspended Maria Sharapova, as well as Manny Pacquiao—the latter as a consequence of his homophobic slurs.

Sponsors are keen to distance themselves from the bad publicity to minimize damage to their brand.

The only thing athletes can really do is focus on prevention. Reputation management comes in and helps protect the brand, image, and identity of the professional athlete, making sure their interactions are positive and appropriate.

Business owners, organizations, and even rising athlete now need to be even more careful that they are in a strong position when things go wrong. Developing goodwill among fans, and even the community beyond that, is important.

Athletes can actually use their platform to affect positive change in the community. In turn, it becomes much easier to create a positive online presence while using their celebrity status to tackle problems and bring change to their communities.

Athletes often leverage their celebrity status to raise funds for sports programs or make appearances at neighborhood events to bring attention to a local need. They can also take initiative to solve some of society’s problems and therefore live up to the inspiring image associated with their brand.

Professional athletes inspire other people. They help others become more confident by serving as a symbol of determination. Taking care of this image helps everyone who supports their team, their sport, their organization, and their community.

Public relations campaigns may be conducted to increase the visibility of positive opinions, as well as to decrease the visibility of negative opinions. Some companies focus on making positive content pieces to try and counter negative organic content. The reputation manager posts positive pieces in sufficient numbers to make the negative commentary display less prominently in search results. This is important because customers may lose interest if they read bad things about a company when they look it up.

Reputation managers may also join conversations to report good experiences about their respective organization or company, for example responding to tweets complaining about the company.

In order to do this, the reputation manager needs to monitor references to the person or business through social media monitoring and carefully crafted search queries. They listen to what the people are saying. This creates a ‘snapshot’ of current public opinion of the person or business in question, helping the organization create a campaign to address any problematic issues that have been revealed.

There are artificial ways to at least attempt to affect an organization’s online reputation—but there is no way to effectively create a false impression with any lasting power. Digital reputation can be influenced somewhat through blog posting, social listening, and maintaining a positive brand. But the conversations about the local business cannot be controlled.

Now more than ever, athletes need to consider reputation management—even those who are simply starting off. Reputation managers can create blog posts, articles, press releases, videos, and other content to be released online to help bolster the athlete’s reputation. They also make sure that the athlete shows up in the top search results when people look up their name.

When it’s time to get serious about owning your image, contact MasterMind to take control. MasterMind deals with companies and individuals for online branding and reputation management.